Explore why many choose to live, work, and enjoy Gwinnett County 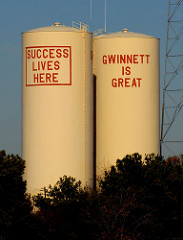 Gwinnett County was mostly a rural area northwest of Atlanta filled with small towns, country stores, and farms.  It was created by the State Legislature in 1818 and gets its name from Button Gwinnett, the third signer of the Declaration of Independence.  He also served as Governor in 1777.  Today, Gwinnett County is home to more than 245 international companies and 450 high-tech firms.  It is consistently a top destination for new residents relocating to the metro Atlanta area, first-time home buyers, and those wanting the flexibility of living in a metropolitan area without actually living in the city itself.  Gwinnett County consists of 13 cities and is responsible for more than 18% of metro Atlanta's population.  There are even homes in Stone Mountain, Doraville, and Tucker located within Gwinnett County.  There's always plenty of things to do in Gwinnett ranging for visiting one the regional malls, enjoying local restaurants, catching fresh air at one of the many parks, or relaxing at Lake Lanier and Lanier Islands.  Be sure to check out places such as Dave & Buster's, Medieval Times, Slingshot, Tiny Towne, Catch Air, and more. 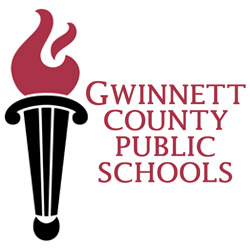 The award-winning Gwinnett County Schools are recognized both regionally and nationally.  It is the state of Georgia's largest school system and an estimated 90% of Gwinnett's public school graduates go on to some form of higher education.  As a school system of choice, the finest teachers, involved parents, and a supportive community are key elements in the district's quest to become a system of world-class schools.

Click Here
We use cookies to enhance your browsing experience and deliver our services. By continuing to visit this site, you agree to our use of cookies. More info